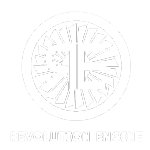 Revolution Engine’s sound is driven by fat grooves, grinding riffs, and compelling verse. This alchemy of hard rock, hip-hop, and spoken-word influences, fused with a unifying message on many issues of the day, has produced an arresting experience for everyone that encounters this band live. When asked about a Revolution Engine show, fans consistently comment on the band’s energy, passion, and sincerity.

The band draws influence from Rage Against The Machine, P.O.D., Linkin Park, and Papa Roach, but with a twist on the concept of protest music by promoting that the listener rise above rather than against.